In 1996, when the Millersport Lions Club celebrated its 50th anniversary, they decided to take on the project of saving local landmarks, moving them to Historic Lions Park, restore the buildings and opening them to public use. The ongoing preservation project has become known as Heritage Village. Open to the public during Festival Week and for tour groups during the rest of the season by contacting Deb Gant at #740-739-2477 or e-mail: pgant1@roadrunner.com

Donated by the Walnut Township Trustees in 1998.

This building was built between 1900 and 1910 and originally stood on a lot on Third Street in the Village of Thurston between the Toledo and Ohio Central Railroad tracks and High Street.

This building was built with a set of double doors on the front because it housed a fire wagon when it was used as a firehouse. This structure has served the citizens of Walnut Township well as a voting precinct, township meeting hall, and as a town hall for the Village of Thurston.

Moved from site north of State Route 79 on State Route 37 at the Slater Homestead in 1997 after being hit and flatten by a semi truck.

Moved in sections and reassembled on this site.

Moved from site just west of Commodore Bank on Refugee in 1999.

Built in 1870 on the site of the present Circle K Station in Millersport.

The Spurgeon Family operated it as a dry goods store.

Donated by the Paul and Peg Watson Family of Millersport.

Stones were from the Minthorn Tavern Lock of the Ohio-Erie Canal.

Built about 1883 and was attached to the Bryson Farmhouse on SR 204.

Built in the 1800s and was located at village’s main intersection.

Served for many years as the U.S. Post Office in Millersport.

WALKING TOUR OF HISTORIC SITES AT THE PARK

Donated by the Fairfield County Commissioners.

Use to span Walnut Creek on Lake Road 3 miles south of here.

Named after nearby landowner and farmer Charles Holliday.

Moved to present site in 1981 in one piece by Ray Oldham of Columbus. 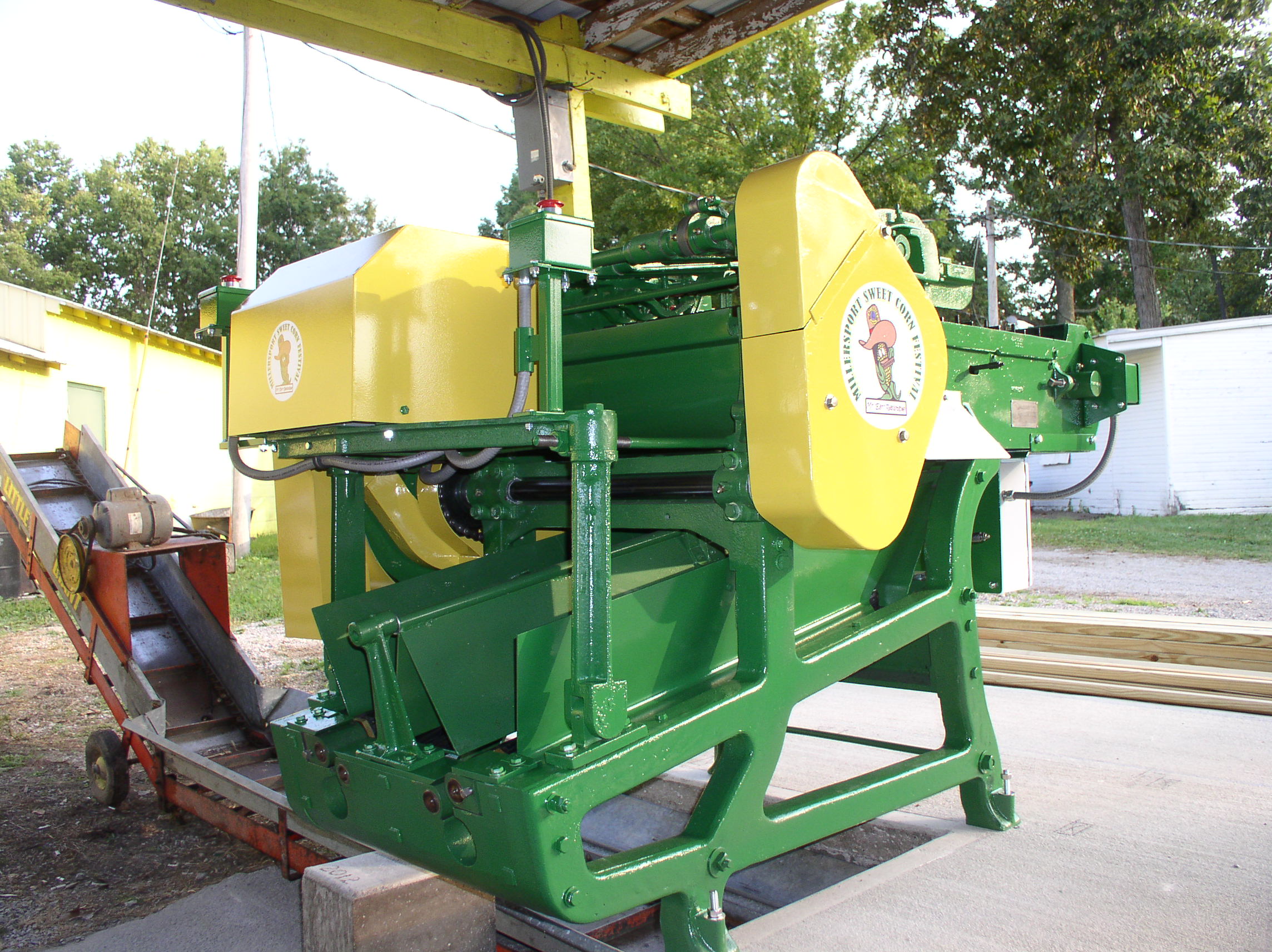 Manufactured in 1948. One of only two left still running in the nation.

Purchased in 1963 from a closed canning factory in Circleville.

The present building is the third to be built over the corn husker.

Star Engineering of New Lexington rebuilt and restored the husker in 2012. 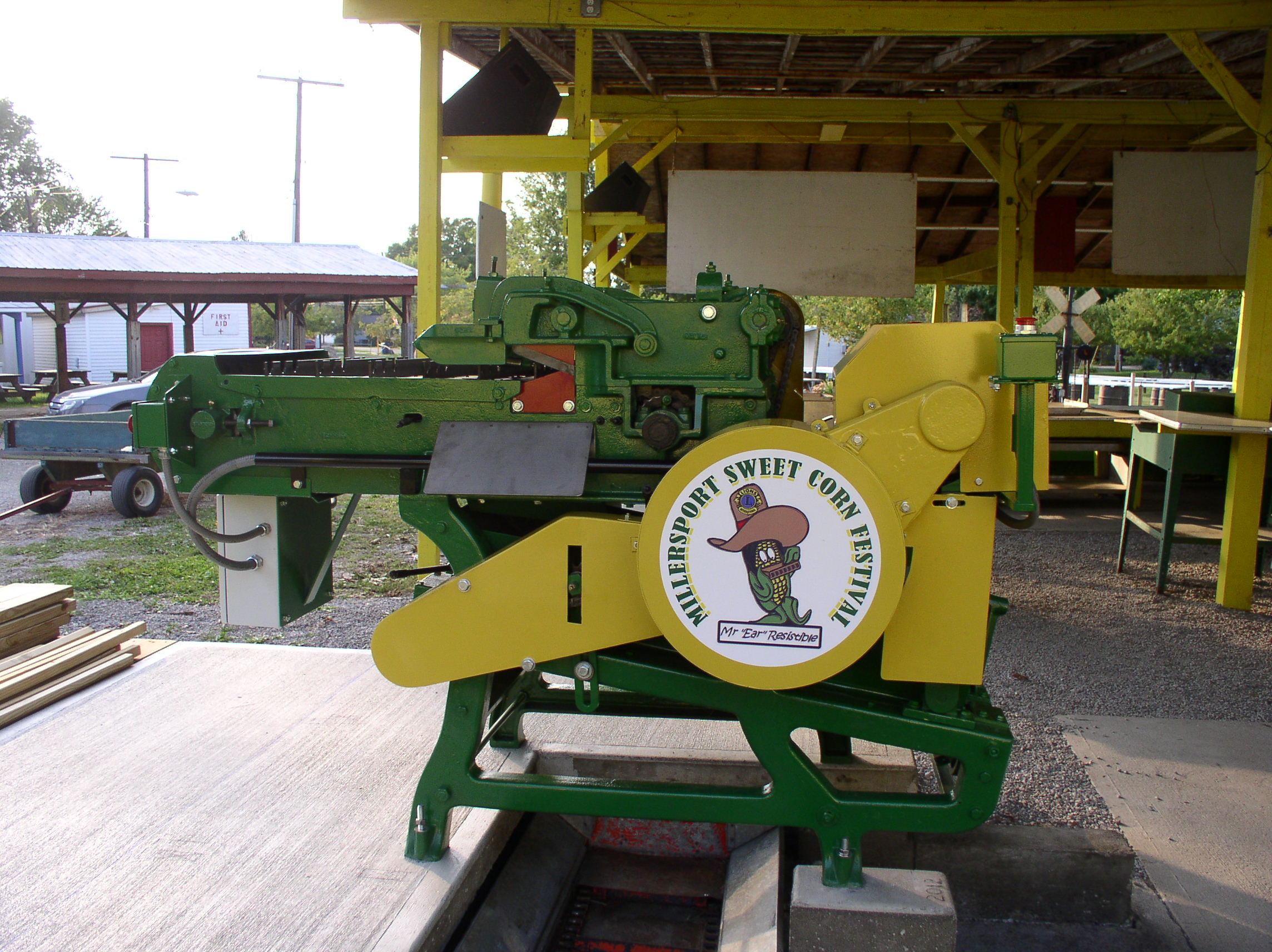 Displayed at the 1940 National Amusement Park Convention in Chicago.

Purchased by the Buckeye Lake Amusement Park and displayed there.

Donated in 1962 by Edward & Nelle Schmidt of Hollywood Farms.

Original lots purchased on Chautauqua Blvd. in 1954 to be the future permanent site of the Sweet Corn Festival. A bronze marker honoring the founding members is located in the center of the commons.